After learning about Consonant Digraphs with short vowels at the end of the SOUND OUT WORDS section (II.c), and about Bossy R (III.b), it is time to learn about words that have BOTH! Words like…

I was inspired by Shark Week to put together a free set of activities that includes a worksheet, a word search, and a word sort. The words can be sorted two ways: by digraphs or by the Bossy R vowel. The SHARK CHART freebie is available to download at the Super Tutor Tools store at Teachers Pay Teachers. Also available is a free wordlist and set of bookmarks with consonant digraphs and vowel patterns.

Learn more about Word Sorts and get the free set of word sort games for the Phonics Pow Toolkit.

This set of word sort games designed to go along with the Phonics Pow Toolkit is available as a free download. (link below) Word sorts are a tool for teaching reading skills that have been shown to be effective. We’ve got you covered! Print on cardstock, cut out, store in zip-lock bags, and play while learning. 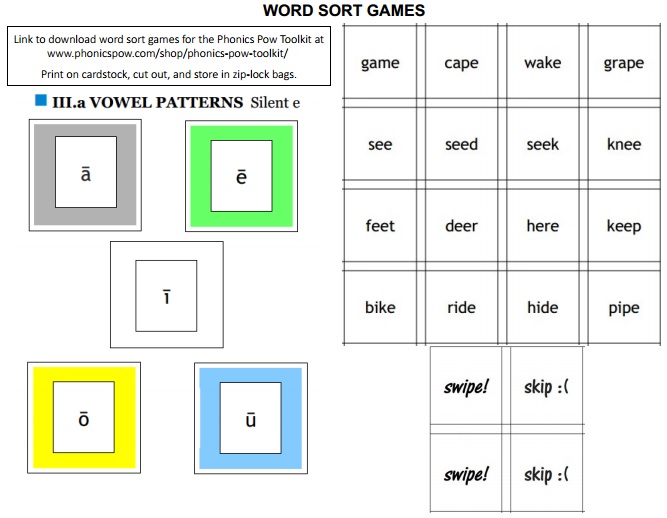 Fill the phonogram card with one word card of each pattern for a quick game (player who fills card first wins), or use all the word cards for a longer game (player with the most word cards wins). Mix skip (the turn is skipped if drawn) and swipe (player can take a word card from the other player) cards in with word cards to add fun. POW!

See an index of all the sorts included. Check out the Phonics Pow Toolkit and get your free Word Sort Games!

Reading 20 minutes a day has been shown by research to have many benefits. Students who read 20 minutes a day from kindergarten through 6th grade are likely to score in the 90th percentile on standardized tests. Basically, reading makes you a smartie!

Below is a collection of great options for reading. Check your local library or a bookstore for books to target specific phonics skills, and explore the links below for books you can access anytime! Besides books and ebooks, your library may provide online access to resources like Bookflix from Scholastic – check with them.

This Symbaloo collection has links to many websites that provide books online. Some even include audio and/or video!

Decodable books contain only phonetic code that has been learned. Practice with words and sentences from Stickyball.net. Progressive Phonics has books that target phonics patterns that can be read online or printed. Harcourt provides decodable books: k6 thinkcentral.com-K | 1. Freereading.net also has decodable passages.

With so many options, there is no better time to read than now!

5. Play games that encourage literacy. Hands on games include traditional games like Boggle and Bananagrams, as well as many free printable games that can be found through links on specific phonics skills. Free online games are also available at this Symbaloo. Some online games require flash, which is no longer supported after 12/31/2020. Learn more at The End of Flash. 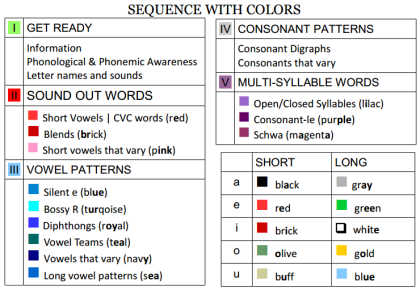 Consonant patterns are placed together in one section for convenience. Digraphs are a pair of letters that represent one sound. Consonant digraphs may be introduced with words that have a short vowel at the end of the SOUND OUT WORDS section. Many words with consonant digraphs have advanced vowel patterns that have not been introduced yet, so those are covered as patterns are learned.

One of the reasons that English is challenging to learn to read is that 26 letters make 44 sounds, called phonemes! This means that sometimes letters combine to make sounds. Phonograms are the written representation of a sound, also known as graphemes, and there are 72 phonograms.

WATCH What is a Phonogram? from Raising Robust Readers, and 72 Phonograms from printandpractice.com, a website that also provides printable flashcards. Another video from RRFTS 44 Phonemes from (5:29). Watch more videos at this Phonics Pow Youtube playlist.

LISTEN to phonograms online at the Oxford Owl, or an online chart with audio & video from thelogicofenglish. There is a free Phonogram app from allaboutlearningpress.

The Phonogram Chart below is available free from the Super Tutor Tools store at Teachers Pay Teachers.

There are lots of exceptions, so the “rules” are more like guidelines. With a few exceptions, the 21 consonants make one sound, so an alphabet chart represents a lot of them. Things begin to get interesting with the vowels, which can be short, or long, or make new sounds. 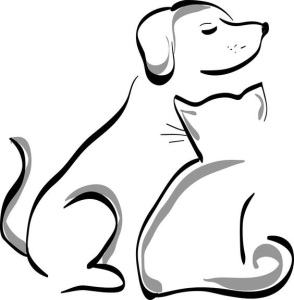 Next, learn about silent e; an e at the end of a word (except two e’s are like twins that often like to stick together) changes the vowel to the long sound.

Continue with Bossy R: an r after each vowel changes the sound it makes.

Now we are beginning to get into advanced phonics code.

One sound can be represented in different ways. Many of the diphthongs are like this: OI & OY make the same sound, as do OU & OW (although OW can also make a long O sound), and OU has many variations. AU & AW make the same sound as a short O.

One letter or set of letters can make more than one sound. OO & OO is just one example! 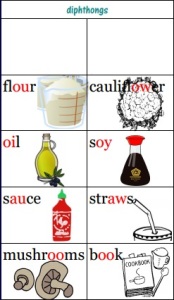 Once the diphthong patterns are learned, many of the remaining vowel teams are often (but not always) long.

2 letters that work together, some vowels work as a team. 2 letters can work together, and the first one likes to speak. They might be long (except the diphthongs!), here are some you may have seen.

This part of the chart includes Tricky Y, which can sometimes be a vowel that makes the long I sound, and sometimes the long E sound. Once again, one sound can be represented in different ways.

When all of these phonics patterns are put together, the result is a one page vowel chart that represents many of the vowel sounds.

Download the Grocery Store Vowel Patterns Chart for free at the Super Tutor Tools store at Teachers Pay Teachers. Another resource with the 44 sounds ( pdf) is available at uldforparents.com.

This plan to follow for tutoring students learning to read was inspired by Phonics Intervention from Sarah’s First Grade Snippets. The amount of time spent on different activities varies depending on the needs of the student. The assessments at the end of this post help know where to start. These activities can begin once letter names and sounds have been learned.

Review phonograms with Quizlet flashcards and videos at the Phonogram playlist at the Phonics Pow Youtube channel.

-Blending: tutor says separate syllables or sounds in a word, student puts them together to say the word.

LESSON – Introduce a new skill, following sequence as the student is ready. Start with word families for the pattern: clip strips.  Printable pdf of word families with phonics patterns.

Look for patterns with Spot and dot sentences at the Super Tutor Tools store at Teachers Pay Teachers and wordsearches at ictgames.

Automaticity: Read sentences with the target skill at stickyball.net

Build words (with a magnetic whiteboard and letters, or online resources: blending board from UFLI,  magnetic letters from goteachthis.com) Say a word, “how many sounds do you hear? What is the first sound? Etc.” The student uses letter tiles to build it, then writes it.

Manipulate words – Word Building and Substitution-change one sound at a time to make new words.

Pattern matching – Write words with the patterns in columns under the correct pattern – Bookmark freebie.

There are two parts to the “Reading Competency Test” from the National Right to Read Foundation (nrrf.org): ” Part 1 – Phonics Patterns, Part 2 – Reading Level. Now only available here with sign-up.

Add fun by practicing with games in the Phonics Pow Toolkit! 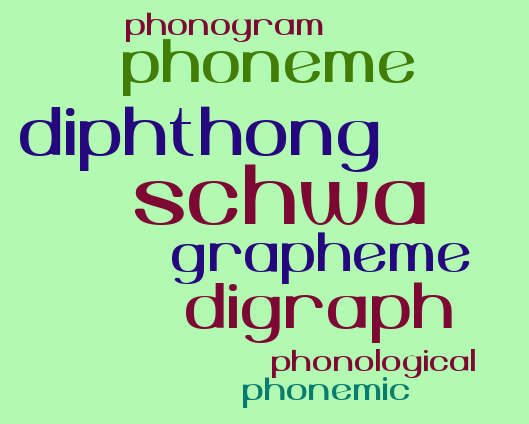 The language of phonics can be a little overwhelming. Here are the definitions of some important words to know to teach reading.

There are more definitions of Literacy Terms at atozphonics.com and quizlet.com