You may have heard this saying: i before e, except after c, and when sounding like a, as in neighbor and weigh. This is a guideline where there are quite a few exceptions: i before e, unless foreign scientist Keith leisurely seizes caffeine from feisty atheists.

Generally speaking, i before e (as in thief and tried)

except after c (as in deceive)

or when sounding like a, as in neighbor or weigh (and eight)

This is just one of the ways that vowels can vary. Practice with the I before E is Weird set of worksheets, available at the Super Tutor Tools store at Teachers Pay Teachers.

The letters C and G can make hard or soft sounds.

The words in the word families of -ace and -ice have the soft C sound.  C before e will often soft be. These are Silent e words.

(But this is not always true, which you know if you get a gift given to you!)

G before e will often soft be. Words that end in -ge or -dge have the soft G sound of /j/. Defender d can stop the vowel from being long in some Silent e words.

Keyword sentence: I got a large change when I came to this place.

To know all of the ways that vowels can be long, learn about:

IGH is a trigraph – one sound is made with three letters. The gh is silent and the i is long. The sound of IGH is included with vowel teams in the Phonics Pow Toolkit, as the other vowels have teams that make the long sound, but i only has the trigraph IGH. Learn more about the vowel trigraphs AIR and EAR at Bossy R variations. WATCH videos on igh from Little Learners and Kids vs. Phonics, and try a long i wordsearch.

IGH is included in the Vowel Teams section of the Phonics Pow Toolkit. III.4

Can you identify all the long vowel patterns in the sentences below?

LONG I: The pilot tried to fly kind of high for a mile.

LONG A: They say the lady will take the train today at eight.

LONG E: We even like these crazy sheep that bleat.

LONG O: Put a coat on to go home in the cold snow.

LONG U: The cool jewel on her blue suit was super huge.

This chart with helpful color coding from the Long Vowel Patterns section of the Phonics Pow Toolkit shows some examples.

The phonogram OUGH is one of the toughest in the English language, with at least six different pronunciations.

Although (long o) I ate when I was through (ew) ploughing (ow) the garden, the meat I bought (short o) was so tough (short u) it made me cough (short o).

Practice OUGH words at Quizlet, and highlight the OUGH words in the sentences at BBC Bitesize.  LISTEN at pronunciationcoach.blog, and WATCH the video below from the “I Love Lucy” show.

When we learn about diphthongs, the main sound of OU is OW, but it can vary, as seen in these OUGH words. A few more ways that OU can vary are seen in the Nessy Reading Strategy video on OU and in the sentence below.

A worksheet for Oh, Those OUGH words! is available at the Super Tutor Tools store at Teachers Pay Teachers.

Learn more about the Phonics Pow Toolkit, how to get free word sort games and more free resources.

Flossy Words. The letters f, l, s (and sometimes z) often double at the end of one syllable words with a short vowel. Turn the drill off in class or it will buzz.

The letter a can say short o. The -all word family is special. In these flossy words the letter a makes a short ŏ sound. WATCH a Prezi and a Super Simple turn and learn video. Play a word search game at Turtle Diary. The letter a can say short ŏ before -ll, and after w and qu. Watch the dog play squash with the ball. A Sounds of A worksheet is available at the Super Tutor Tools store at Teachers Pay Teachers.

Closed syllables often have a short vowel, but sometimes not. The letters i and o can sometimes be long when followed by two consonants (but not always!) Fīnd and lĭft the lŏst gōld.

Some one syllable words make a schwa sound. Schwa is often a quick and light “uh” sound. Hear the schwa in these sight words: the sled was a lot of fun. And in these words with the letter o: My son won a ton of money a month from the lottery.

The /k/ sound at the end of one syllable words with short vowels is often spelled -ck. The duck said “quack” on the deck near a slick dock. Try an online wordsearch for the -ck ending.

Some words with short vowels have consonant digraphs. Digraphs are two letters that make one sound, and these consonant letters together make a new sound.

Download bookmarks with pattern sorts for short vowel variations: flossy words, a can say o, ck endings, and short vowels with digraphs. Get free word sorts that include these patterns. 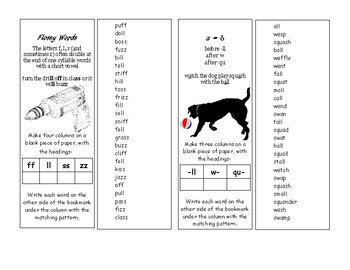 Learn about more ways that vowels can vary.

The letter y is tricky indeed. It can make many sounds, more than three!

Yes, y is a consonant in yellow and yolk.

Sometimes y makes a short i sound like in system and gym.

A y at the end can a vowel be, with the sound of a long i or e. How do you know which you see? At the end of one syllable words, y often says “i” like in fly. With more syllables, it is often a long e.

WATCH videos and PLAY online games about Tricky y at the Vowels That Vary Wakelet tutorial.

Download a free handout on Tricky Y, and get a Y flower sort game.

Practice Tricky Y with a story and word sort at my Teachers Pay Teachers Store.

5. Play games that encourage literacy. Hands on games include traditional games like Boggle and Bananagrams, as well as many free printable games that can be found through links on specific phonics skills. Free online games are also available at this Symbaloo. Some online games require flash, which is no longer supported after 12/31/2020. Learn more at The End of Flash.

Consonant patterns are placed together in one section for convenience. Digraphs are a pair of letters that represent one sound. Consonant digraphs make new sounds, and may be introduced with words that have a short vowel at the end of the SOUND OUT WORDS section. Many words with consonant digraphs have advanced vowel patterns that have not been introduced yet, so those are covered as patterns are learned.

Letter knowledge is one of the key skills to master reading.

WATCH videos of letter sounds from Turtle Diary at this Symbaloo collection and at this Wakelet.

Active, Board, and Card games at the ABCs of Games For Reading.

Phonics guidelines can often be helpful, but there are some words that are not easily decodable.

Sight words are frequently found in written text, and many are not decodable with phonics guidelines. When these words are learned, a large percentage of written text can be read. E.W. Dolch identified 220 words and 95 nouns. In 1996, Dr. Fry expanded on the Dolch list and published “Fry 1000 Instant Words.” In his research, Dr. Fry found that:
• 25 words make up approximately 1/3 of all published text
• 100 words make up approximately ½
• 300 words are 65%
• The full list of 1000 words makes up 90% of all published text

Some online games require flash, which is no longer supported after 12/31/2020. Learn more at The End of Flash.

FREE! Roll a (sometimes silly) Sight Word Sentence – to make this into a sentence shake cut the columns of words apart and put them in bottles.

The Roll a Color Sight Word Game pictured below uses the first 100 Fry words, or use any sight word flashcards and mark them with the colors.