The letter S the sound of /s/ makes when you see snakes. Hear the sound of /z/ when your nose smells a rose. Letter s is one of the consonants that vary. 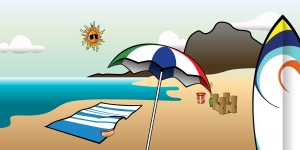 After letters made with a hiss or puff of air, the soft sound of /s/ is often there. In these examples s follows unvoiced consonants f, t, k, p, and th: puffs, cups, cats, sacks, paths. 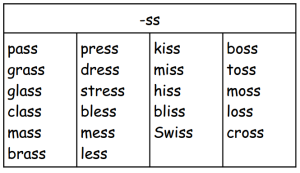 The -ss ending flossy words above have the sound of /s/.

More words with the /s/ sound after a vowel: Fill this bus with gas.

Here are some words where s = /z/ after a vowel: It is easy for boys to choose toys.

When you sure like sugar and tissue, you hear that s can also = /sh/.

WATCH videos and PLAY online games at the Consonants That Vary tutorial at Wakelet. Note that many online games require flash and may not work well on mobile devices. Downloading the Mozilla Firefox browser can be helpful.

Letter S is covered in Consonants that vary (IV.c) in the Phonics Pow Toolkit with a worksheet and gameboard. Learn how to get a free set of word sort games that includes the two sounds of s. A free word sort game for the letter S is available at the Super Tutor Tools store at Teachers Pay Teachers.

I am fascinated by the process of learning to read English and the idea of gamification to make learning fun. Phonics and literacy have become my passion project. I also write about personal development, goal setting, and time management. I enjoy finding great information, combining it in new ways, and packaging it creatively. View all posts by dailyplanit